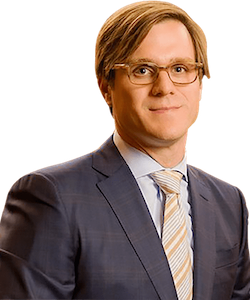 Whitney Polson is one of the founding partners at Polson & Polson, PC. He has experienced litigating countless DUI cases throughout Alabama. In addition to DUI cases, Whitney also handles criminal defense such as drug crimes, domestic violence and more.

Polson & Polson is a boutique DUI and criminal defense law firm serving the entire state of Alabama. Founded alongside his father, Mark, Whitney is passionate about serving the people of Alabama and ensuring their rights are protected. Besides practicing law, Whitney enjoys spending time with his family, traveling, boating and is a private pilot. Additionally, Whitney plays tennis in his spare time and is a former collegiate football player.

Achievements and Awards
Contact Us
Practice Areas
Client Reviews
★★★★★
Whitney Polson is a no-nonsense attorney who delivered exactly what he said he would on my case...thank you so much sir...I would definitely recommend anyone facing a DUI to retain this man. D.B.
★★★★★
If you are looking for an attorney I must recommend Mark Polson of Polson & Polson. My case was successfully moved from a February to a December court date and was dismissed. I am extremely please with the way this firm handled the case and was able to secure the dismissal. Thank you again to Polson & Polson for your professionalism and knowledge that we needed for this situation. Best Regards to all. Julie C.
★★★★★
Wow! I never could have hoped for our lawyer to work as fast as he did but Whitney was lightning fast! Very attentive to the details, never left me hanging along the journey-I used online reviews in choosing him and now I want to pass that on-if you need a lawyer (ours was a traffic court case with complications), I HIGHLY recommend this firm! Claire B.
View More
Submit a Law Firm Client Review