If you or someone you care about has been charged with a serious crime in Alabama, seek the advice of an experienced criminal lawyer who has helped thousands of people who thought they were helpless against tough prosecutors and aggressive law enforcement. With your freedom, your finances, and your reputation on the line, now is the time to meet with criminal attorneys Whitney Polson and Mark Polson to discuss what penalties you could face if convicted, and to begin preparing a solid defense.

There Are Ways to Fight Back 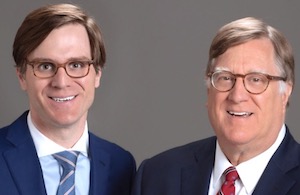 Alabama authorities seem to have unlimited resources when it comes to investigating and prosecuting a crime. An aggressive and knowledgeable lawyer is a defendant’s best tool to preserve their rights in the face of adversity. With a professional understanding of the law and the courts, a criminal defense attorney can build a strong defense with the help of witnesses and evidence. He can also attack the government’s case by finding and exploiting its weak points. These include challenging the validity of lab results and moving to suppress confessions and other evidence, which can lead to reduced charges or even a dismissal.

If you were stopped in Birmingham or anywhere else in Alabama and arrested for driving under the influence of alcohol or drugs you may not be aware that you now have 2 cases that must be resolved: a criminal case that is heard in a municipal court or state court, and a civil case conducted by the Alabama Department of Public Safety (DPS). The administrative case involves the suspension of your driver’s license regardless of if you are convicted or not. 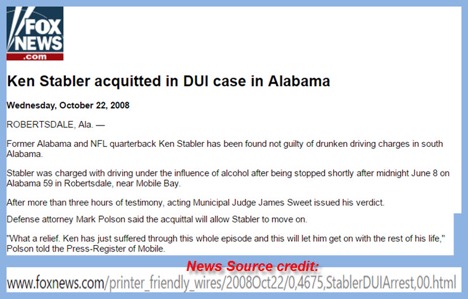 You only have 10 daysfrom the date you were arrested to file an appeal to the pending administrative license suspension. Failure to do so means your driver’s license will be suspended and you cannot legally drive your vehicle for an extended period of time. Call Alabama DUI lawyer Whitney Polson now before the 10-day deadline passes so his office can prepare and file the appeal for you. Whitney and his legal team will build a solid criminal defense for you and will appear in court on your behalf whenever permitted under Alabama criminal law.

Even a first DUI in Alabama is a serious matter and the consequences of being found guilty can last a lifetime. Jail time, court fines, missing work or school, possibly losing your job, and higher auto insurance rates are just the beginning.

Alabama drug possession laws are harsh even for first-time offenders, and jail time is a real possibility, on top of debilitating court fines, extended probation reporting, and multiple court appearances. We can help. Our drug possession lawyers have years of combined legal experience representing clients in almost every courtroom in Alabama, from Birmingham to Auburn to Huntsville. Possession of marijuana, prescription pills that aren’t yours, meth, and cocaine possession are serious charges that require an Alabama criminal defense attorney well-versed in the latest drug laws and who not afraid to fight back in court.

Due to constant media coverage of the opioid crisis in our State, even misdemeanor possession of drug paraphernalia charges are being aggressively prosecuted in every criminal courtroom we visit, and no charges should be taken lightly. Call the Polson Law Firm to talk over your case with Whitney Polson or Mark Polson.

Being charged with a sex crime sometimes comes as a complete surprise to the person accused. Sex crimes can range anywhere from sexual misconduct to first degree rape, and a lot of cases are classified as felonies that can lead to significant jail time, plus the shame of being placed on the Alabama sex offender registry. Being convicted of a sex offense and having to register as a sex offender impacts future job opportunities and can restrict where you can live.

Our Alabama sex crimes lawyers will work hard to minimize the impact of any criminal accusations on the lives of our clients.

If you are charged with domestic violence anywhere in Alabama we can help. Domestic violence is defined as distinct types of physical conduct that are committed between individuals who are related as such:

Attorney Whitney Polson will conduct a thorough fact finding and ask a lot of questions to fully understand the nature of the relationship between the victim and the accused prior to the criminal incident, and he will closely examine all evidence and written statements involved. An Alabama domestic violence conviction carries severe consequences including jail time, court fines, and constant limits on your personal freedom.

Traffic violations, also known as traffic offenses or moving violations, range from speeding tickets all the way to vehicular homicide. Our traffic lawyers have represented many clients charged with reckless driving, driving on a suspended license, hit and run, fleeing from the police, excessive speeding, and DUI.

Traffic violation convictions can mean the addition of undesirable “points” to your driver’s license, which then leads to possible license suspension and even complete revocation.

Anyone facing a serious traffic charge, such as reckless driving, driving with a suspended license, or homicide by vehicle should call Whitney Polson or Mark Polson anytime (including weekends).

Charges of assault in Alabama must be handled with extreme seriousness, considering the potential harsh reality of conviction. Extended jail time, court fines, and a permanent criminal record can lead to other problems like job loss, divorce, and bankruptcy.

An Alabama assault lawyer stands prepared to investigate the facts of your case, identify weaknesses in the prosecution’s arguments, and help achieve the most beneficial outcome possible for you. 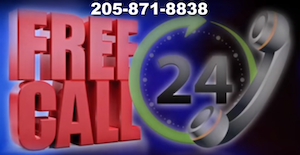 If convicted of assault your jail sentence will be a minimum of one year and a maximum of 20 years in a state prison. Alabama prosecutors are tough and relentless in convicting the vast majority of those accused. Criminal codes are modified regularly and knowing the current laws is part of our job, plus filing motions to suppress evidence, and interviewing witnesses.

When most people hear the word theft they think of shoplifting, identity theft (online fraud), or stealing someone else’s property like money or a car. But theft can also be theft of services, for example when you pay a construction company to build an addition onto your house, but they deposit your check and never start the job.

It is crucial to obtain the services of a theft lawyer in Alabama to have someone help who understands the intricacies of both the law and the circumstances involved in your particular case. Sometimes ambiguous circumstances make all the difference in determining whether an incident can be classified as a particular class of theft - or even theft at all.

Compared to most other states’ gun laws, Alabama gun laws surrounding ownership and the legal permission to carry a handgun in public places are fairly permissive. But not everyone can own a gun, including people convicted of a violent crime like domestic violence, and people designated as drug addicts or alcoholics. 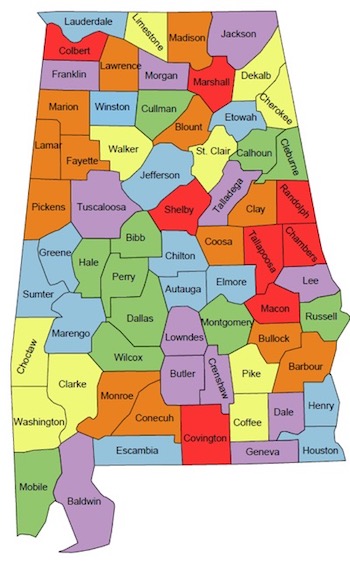 In Alabama it is legal for adults to openly carry firearms even without a permit - but restrictions do apply One of our experienced Alabama gun lawyers will be well-versed in the latest firearms statutes. Call Whitney Polson immediately if you have an upcoming legal issue regarding your right to bear arms.

If you are charged with a crime in Auburn, Birmingham, Gulf Shores, Homewood, Hoover, Mountain Brook, Talladega, Tuscaloosa, Vestavia Hills or in any Alabama county, Whitney Polson and Mark Polson will travel to your location and appear for you in court. Call (205) 871-8838 and inquire about your initial free consultation with one of our criminal defense lawyers.

Learn More
Our Practice Areas
View More
Client Reviews
★★★★★
Whitney Polson is a no-nonsense attorney who delivered exactly what he said he would on my case...thank you so much sir...I would definitely recommend anyone facing a DUI to retain this man. D.B.
★★★★★
If you are looking for an attorney I must recommend Mark Polson of Polson & Polson. My case was successfully moved from a February to a December court date and was dismissed. I am extremely please with the way this firm handled the case and was able to secure the dismissal. Thank you again to Polson & Polson for your professionalism and knowledge that we needed for this situation. Best Regards to all. Julie C.
★★★★★
Wow! I never could have hoped for our lawyer to work as fast as he did but Whitney was lightning fast! Very attentive to the details, never left me hanging along the journey-I used online reviews in choosing him and now I want to pass that on-if you need a lawyer (ours was a traffic court case with complications), I HIGHLY recommend this firm! Claire B.
View More
Submit a Law Firm Client Review
Meet Our Experienced Team 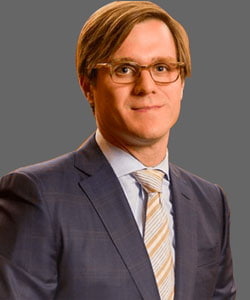 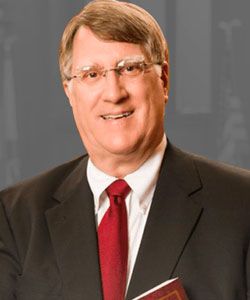