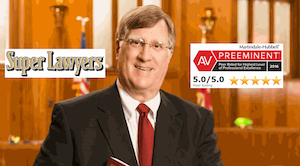 In Alabama, the laws that pertain to what are classified as sex crimes are very specialized. From the public’s perception, most sexual offenses are committed without the consent of a victim and usually are perpetrated against the victim’s permission or will. Alabama’s statutory rape laws, however, follow the nation trend for making young children of tender age incapable of giving consent, as a matter of law.

Skilled and experienced sex offender lawyers know that every effort must be made by Alabama criminal defense attorneys to keep their clients’ names off the Alabama sex offender registry. This may be achieved through plea negotiation, aggressively pursuing pre-trial motions, pursuing pre-trial or post-trial appeals or winning at a jury trial. The legal services performed by legal counsel in Alabama primarily consist of time investigating witnesses and crime scenes to verify what law enforcement agencies were told by a victim had occurred.

When the Alabama sex offender laws are as tough on state prison time as they are, every effort to find a solution must be made. Being convicted of a sex offense and having to register as a sex offender limits or prevents a great number of future job opportunities and can even restrict where a person on the sex offender registry list can reside.

Inclusion of your photo, address and description of the conviction are part of what is shown on the Alabama Sex Offender list. Every Alabama law enforcement agency has these compilations of convicted sex offenders in their local offices, so that any person can peruse the profiles and locations of those convicted. The purpose of such “open records” is community notification of dangerous people living among others in the area.

In very recent news reports, the State of Alabama legislature has passed a bill to require chemical castration of sex offenders. This extreme measure is only part of the laws of fewer than 10 states, but the Yellowhammer State means business for sexual offenders.

Many sex crimes are classified as felonies under Alabama law and are, therefore, accorded serious consequences. Even those crimes classified as misdemeanors, such as sexual misconduct, involve the possibility of jail time as well as substantial fines. Felonies such as first-degree rape may be punished with terms up to and including life in prison.

In addition, those found guilty often face onerous registration requirements that discourage employers from hiring them, landlords from renting to them, and pose numerous other difficulties for years afterwards. Furthermore, even an individual not found guilty under criminal statutes may face possible civil liability. A civil action would involve an entirely separate trial with a lower standard of proof, and the possibility of extensive financial judgment. In other words, the social and practical consequences associated with any conviction of sex crimes can be enormous.

Common penalties for a sex crime conviction in Alabama include:

Numerous offenses are classified as sex crimes under Alabama legal statutes. Many of these crimes are prosecuted incredibly seriously, and are penalized with hefty fines and long periods of incarceration. Many of these crimes may be connected with computer searches and communications and what are commonly called internet crimes. These charges include: 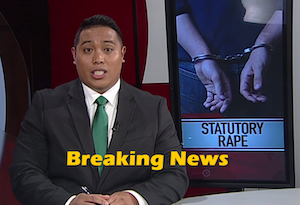 Moreover, some cases involve federal statutes as well as Alabama state laws. For example, sexting images of a minor through cell phones invokes federal communication devices and (if sent or received in Alabama) state of Alabama sex crimes laws. It is vital that a sex crimes attorney in Alabama working on a case involving sex crimes be thoroughly familiar with the unique laws and how they apply in the circumstances and police evidence obtained in your criminal case.

For the purposes of this chapter, a sex offense includes any of the following offenses:

Thus, immediately contacting an attorney after an arrest is crucial. The quality of legal services is usually directly related to the years of total criminal law experience and the number of prior sex crime felonies defended. If you have been accused of a sex crime, your rights, future, and reputation are in jeopardy.

Even people who are eventually cleared of their charges have a difficult time shedding the stigma attached to most sex crimes. For people who are convicted of a sex crime, his or her life will never be the same again. Not only can they expect to face discrimination and ostracism once they have been released from prison, but they will also likely be sentenced to penalties that are unreasonably harsh for the crime at hand.

The Role of Your Sex Crimes Attorney

In dealing with these charges, an individual should not wait in contacting an experienced Alabama sex crimes attorney to begin building a defense immediately.

Allegations of a sex crime need to be dealt with as quickly as possible to avoid compounding problems and help achieve a desirable outcome for the future. If you are facing charges of a sex crime, a knowledgeable lawyer will be able to help defend and protect you while building your defense of sex crimes.

Episodes in which these laws are invoked can be quite complicated, involving many different elements of proof which may have a significant impact on the outcome of a court’s determination, and the long-term ramifications. The outcome is tremendously important, potentially affecting employment, housing, and numerous other aspects of daily life.

Both the legal and factual elements of a case involving sex crimes in Alabama must be thoroughly understood by any defense attorney involved in the case in order to work toward the best possible resolution. Anyone facing charges involving sex crimes should consult with an Alabama sex crimes lawyer with extensive experience in this particular area of the law. Mark Polson is among the very few with vast prior court experience for these complex and highly punitive crimes. 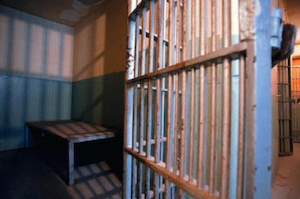 An Alabama sex crimes attorney with experience possessed by Mark Polson is fully versed on the specific laws pertaining to sex crimes. Plus, he knows that there are TWO sides to every story. The extenuating circumstances of YOUR case may help ensure that a weak or poorly investigated case is negotiated down to a lesser charge. Further, your criminal defense lawyer can analyze DNA records, police reports, witness statements and other forensic evidence, and provide guidance and help clients mount the best possible sex crime defense against the pending charges.

Contact Mark Polson TODAY, for a FREE lawyer consultation near me, and help calm your nerves about the troubling charges you are facing. Don’t delay or think that you will just plead guilty or trust the case to an appointed attorney with 250 open files to manage. You are talking about the REST OF YOUR LIFE as a sex offender, if you lose. Dial our law firm near me now at (205) 871-8838. The partners at our law office travel STATEWIDE to defend those accused of crimes in Alabama.