An Assault Third Degree CDV charge. In Alabama, domestic violence in the third degree occurs when certain types of physical conduct occur between individuals who are involved (or were previously involved) in one of several distinct sorts of domestic relationships. Being arrested and taken to a city or county jail or detention facility can occur without consideration of both side of the story.

Alabama domestic violence law violations apply to some extremely volatile crimes, especially for a 1st degree domestic assault. Taking out a temporary restraining order deals with sensitive issues since jail is likely. Often, the charge puts a loved one in the county jail or detention facility

Taking this legal action can create a huge rift between related parties. Because other Alabama laws permits an aggrieved party to seek your arrest without the necessity of a warrant under Alabama Code 13A-6-134, even a misdemeanor domestic violence 3rd Alabama can put you behind bars.

When domestic violence Alabama relationship abuse involves intervention by a judge and a court, mandatory adjustments in how the parties' relationship will continue are common. So, if a person can avoid domestic abuse 3rd degree crimes, he or she will not be told where to go and NOT go, and what to not do.

Domestic violence charges are sometimes referred to as domestic violence third degree assault offenses. This is because assault entails incorrigible or disagreeable interpersonal interactions with people close to you that fall short of inflicting physical harm, but which are destructive. Once the criminal action is started, extensive examination by a judge will be required. This includes a review of the facts leading up to the event in question, inquiry into the nature of the relationship at issue, and any prior unlawful relationship conduct between these parties.

Consequences of a third-degree domestic violence conviction can be very severe, whether the specific offense at issue is classified as a misdemeanor or a felony, with guilty findings regularly resulting in jail time, costly fines and more. A Class B felony Alabama on a Domestic Violence 2nd degree can put a person behind bars for 20 years, for example.

What is domestic battery 3rd degree? These CDV cases can be prosecuted either in an Alabama municipal court or be brought in an Alabama state court.

Assault third degree may be committed in four (4) different ways:

(2) When a person recklessly causes any physical injury to another person. An example of this might be that a person shoot a pellet gun in an unsafe manner near others and the pellet ricochets off a concrete surface and strikes a person in the eye.

(3) A 3rd way can be when commits and act of criminal negligence and (in doing so) causes physical injury to another when using a deadly weapon or other type of dangerous instrument (e.g., a bottle of acid).

(4) A 4th way this misdemeanor 3rd degree crime might occur is when a person inflicts or causes physical injury to anybody while he or she is acting with intent to prevent a peace officer or police officer from performing her or his lawful duty.

When your DV 3rd case is docketed in Municipal courts, that non-jury court can only hand out a maximum punishment of one-hundred eighty (180) days in jail time. Plus, the fine in that court would be no more than $500.

In the event the case is prosecuted in an Alabama District Court or a Circuit Court, then the maximum incarceration punishment can be up to one (1) year in jail. Also, the fine amount can go up to six thousand dollars ($6000).

The crime of Domestic Violence 3rd Degree under Alabama Criminal Laws is more so an added label to an underlying misdemeanor criminal offense (Assault 3rd Degree, Harassment, Menacing, Reckless Endangerment, Criminal Coercion, the crime of Criminal Surveillance, Harassing Communications, Criminal Trespass 3rd Degree, Criminal Mischief 2nd or 3rd Degree, Arson 3rd Degree) and the victim is a current or former spouse, parent, step-parent, child, step-child, any person with whom the defendant has a child in common, a present household member, or a person who has or had a dating relationship with the defendant and the victim in the case has a statutorily defined relationship with the defendant.

Contacting a Domestic Violence Attorney Near Me in Alabama

Viable defense strategies, including self-defense, can succeed when defended by an experienced Alabama domestic violence attorney. Plus, carefully reading the text of the statute that you are accused of violating can sometimes yield grounds for a dismissal or a nolle prosequi of the charge. The Alabama appellate courts are quick to reverse a case if any of the elements of the crime are not proven at trial. Brand v. State, 960 So.2d 748 (Ala. Crim. App. 2006) [state failed to prove the dating relationship]. 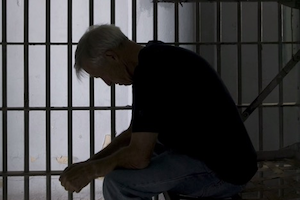 Time is of the essence so do not delay. The law does not give a margin for error for delaying an arrest when a Judge hears facts at an ex parte hearing. The sooner a DV lawyer is retained, the greater the chances that the accused can avoid sitting behind bars and possibly achieve a positive outcome.

At a minimum, your criminal defense attorney can help you mitigate potential domestic violence punishments. The lasting impact of a conviction on your life and that of your loved ones cannot be overstated. Call today for a FREE lawyer consultation at (205) 871-8838 or (205) 222-4544 after normal business hours or text domestic violence consultation to (205) 401-3171.