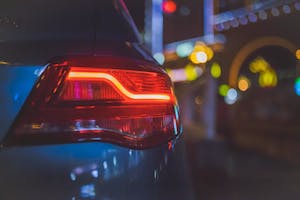 Just last month, the residents of Alabama were reminded once again of the dangers of leaving children unattended in hot cars. It was in March that Memory Ryan Vieyra left her 14-month-old daughter, Guiliana Susan Grace in a hot car that resulted in her death. On July 20, 2017, Vieyra was convicted of murder in relation to the incident and was sentenced to lengthy jail time.

But while parents and caregivers that leave children in cars may face penalties when leaving children in a hot car, can good Samaritans face repercussions when trying to rescue those same children?

According to a new law passed on May 2, 2017, no. According to the bill, those who rescue a child or otherwise incapacitated person from an unattended motor vehicle will have immunity from civil litigation, even if they have to break into the car in order to do so. In order to be protected by this immunity, good Samaritans must first meet five requirements.

The first is that they must determine that all vehicle doors are locked and that the individual in the car has no way to exit the car without assistance. Even if the doors are unlocked, the individual trying to rescue them must also notice that the person inside the car is suffering or in imminent danger before trying to remove them.

Either the local police department or 911 must be called in every situation. Unlike other states though that require this to be done before attempting to enter the car, in Alabama these authorities may also be called immediately after the child has been rescued from the car.

Only reasonable force is allowed to remove anyone from a car at any time. This means that while one window may need to be broken in order to free the child, that is likely all the force that is needed.

Lastly, the good Samaritan must stay with the child while waiting for the authorities to arrive; and they must remain in close proximity to the vehicle while waiting. This is so that when the parent or caregiver returns to their vehicle, they will still know where the child is and be made fully aware of the situation immediately.

The law in Alabama pertaining to rescuing a child from a hot car is very clear. But those who wish to help must ensure they have done everything they could to avoid further injury or damage, and that they have acted within the law.