Alabama Sex Crimes include prohibition of prostitution-related criminal offenses. Topically, the law is divided in two main categories: Promoting Prostitution and Prostitution. These sex offenses may also be known by other terms such as pandering or pimping.

Prostitution-related sex crimes in Alabama have a broad range of penalties that span from misdemeanor to felonies and could require sex offense registration and reporting under the Alabama Sex Offender Registration and Notification Act (SORNA).

Alabama law defines “Prostitution” as “the commission by a person of any natural or unnatural sexual act, sodomy, or sexual contact for monetary consideration or other thing of value.”

Alabama Solicitation of Prostitution laws defines “Solicitation” as “soliciting, compelling, or coercing any person to have sexual intercourse or participate in any natural or unnatural sexual act, sodomy, or sexual contact for monetary consideration or other thing of marketable value.” 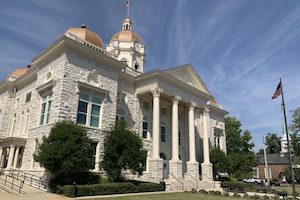 “Profiting from Prostitution” is defined under the Code of Alabama as “A person “profits from prostitution” if, acting other than as a prostitute receiving compensation for personally-rendered prostitution services, he accepts or receives money or other property pursuant to a prior agreement with any person whereby he participates or is to participate in the proceeds of prostitution activity.”

The crime of 1st degree Promoting Prostitution in Alabama consists of:

A person commits the crime of promoting prostitution in the first degree if he knowingly:

(1) Advances prostitution by compelling a person by force or intimidation to engage in prostitution, or profits from such coercive conduct by another; or

(2) Advances or profits from prostitution of a person less than 16 years of age.

A person commits the crime of promoting prostitution in the second degree if he knowingly:

(1) Advances or profits from prostitution by managing, supervising, controlling or owning, either alone or in association with others, a house of prostitution or a prostitution business or enterprise involving prostitution activity by two or more prostitutes other than the defendant; or

(2) Advances or profits from prostitution of a person less than 18 years of age.

A person commits the crime of promoting prostitution in the third degree if he knowingly advances or profits from prostitution.

Alabama Promoting Prostitution penalties are as follows for each classification:

In Alabama promoting and prostitution charges are serious accusations that, if convicted, can mean hard jail time and crushing fines. If found guilty of a promoting prostitution felony the jail sentence may be served in a state prison, like the Limestone Correctional Facility in Madison County.

A pimping and pandering conviction also may force the person to register as a sex offender for life. This means that you will be permanently restricted on where you can live, and if you move you will have to register with the local sheriff in your new county of residence.

Any person, for the purpose of protecting their families, can do a Google search and find a sex offender’s name and in which county they live. This unwanted public exposure can lead to harassment, job loss, and possible marital problems. The Polson Law Firm handles all types of prostitution-related cases in Birmingham and the surrounding suburbs of Shelby County, Hoover, Alabaster, Trussville, Tuscaloosa, Mountain Brook, Vestavia Hills, and Homewood.

Also, we will send one of our criminal defense attorneys to any Alabama courthouse to vigorously defend all citizens facing a solicitation, pimping or pandering charge. And throughout this trying time we believe in accurate and timely communication with every client to ensure a successful attorney-client relationship.

What Is the Difference Between Pimping and Pandering?

A person will be arrested and charged with pimping in Alabama if they are involved in any sex act or sexual contact in exchange for money or anything else of value. Alabama criminal law states that both the seller (e.g., prostitutes) and the buyer (e.g., “johns” or massage parlor customers) of sex will be prosecuted. An additional charge of prostitution may be added to the list of offenses in this situation. Prostitution in Alabama falls under Section 13A-12-120 of the penal code and is defined as “the commission by a person of any natural or unnatural sexual act, deviate sexual intercourse, or sexual contact for monetary consideration or other thing of value.”

Occasionally a local Birmingham AL news station will air a report about a police raid or sting operation on a massage business, and those arrested will include the business owner, the workers, and their clientele. A sex act does not have to have occurred – just the act of soliciting sex can lead to an arrest. Call the Polson and Polson Law Firm if you have gotten caught up in this unfortunate situation. An arrest is not a conviction, and all communication between our attorneys and you is strictly confidential.

In Jefferson County Alabama it is illegal for a “doorman” or concierge at a luxury hotel to find and arrange a prostitute for a guest.

If you have been accused of promoting prostitution, pimping, or charged with solicitation of prostitution in Alabama give sex crimes lawyer Whitney Polson or Mark Polson a call and let them know all the facts in your case. Ask for your free consultation and discreet case review either in-person or virtually over the phone. You will get solid and accurate legal advice even if you choose to go with another criminal defense firm.

Alabama promoting prostitution and solicitation of prostitution laws are extremely strict, and the consequences can be severe. A person convicted of even a misdemeanor sex crime is likely to get jail time handed down by a judge. If any of the following case facts are involved, this can lead to aggravated pimping and pandering charges:

The defendant manages, controls, or owns a house of prostitution or a prostitution business with two or more sex workers employed there.

Call (205) 871-8838 and speak to an attorney today. This includes on weekends and on holidays. Do not talk to the police or anyone else about your case. Your first court date, called an arraignment, will be printed on the paperwork you received as you left jail. Please have these documents handy when you call and try to write down every detail of what happened before and after your arrest.

An arrest for a prostitution-related offense in Alabama is not a conviction. An experienced Alabama criminal defense lawyer, especially for solicitation of prostitution charges, may garner a dismissal of your charge and, ultimately, expunge the charge from your record.

Call the experienced lawyers of Polson & Polson for a discreet and confidential consultation about your Alabama Solicitation of Prostitution charge. Our lawyers handle these cases throughout the State and have had numerous of these type charges dismissed and expunged.