As a suburb of Birmingham, Vestavia Hills is a high-traffic area for both local residents and commuters. Because of this, traffic violations are strictly enforced in Vestavia Hills. If you have received a ticket for a traffic offense, a Vestavia Hills traffic lawyer could help you fight the charge. Experienced criminal attorneys could work to potentially reduce or eliminate fines and points on your driving record.

Consequences of a Traffic Violation Conviction

Although a traffic ticket might seem to be a minor annoyance, it can have serious effects. Traffic violations are reported to insurance companies and can raise your insurance premiums by several hundred dollars a year. The fines and court costs for a conviction can also total hundreds of dollars. Many traffic tickets can also affect your employment if driving is a major component of your job, especially for those provided with a company car. 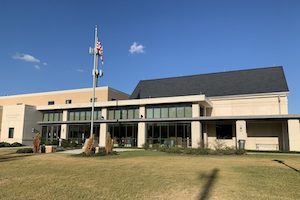 Importance of a Measured Approach

The first and perhaps most important advantage a Vestavia Hills traffic lawyer may provide is a calm and experienced demeanor both while evaluating a case out of court and speaking before a judge on behalf of an individual.

Traffic court judges have heard every explanation and excuse possible from people representing themselves. When these arguments are not set forth with an impartial and professional presentation, they are often not very effective.

Understanding the Role of a Vestavia Hills Attorney

Through the representation of a Vestavia Hills traffic lawyer, cases and arguments can be presented in an accurate and effective way. This approach generally results in much better chances of reducing or eliminating charges for traffic violations.

A traffic violation attorney may be able to spare the defendant they represent the necessity of appearing in court. For many potential clients, not having to miss a half-day or more of work may be reason enough to retain legal representation.

If a defendant has previous convictions for traffic offenses, it is usually in their best interest to avoid another conviction and add points to your driving record. The same logic applies to those with low insurance rates who wish to prevent an increase in their car insurance bill.

When facing a more serious charge of driving under the influence in Vestavia Hills, seasoned traffic lawyers can evaluate the strength of the case and may be able to identify a viable defense. Likewise, charges of criminal offense related to a traffic violation, such as evading a police officer or vehicular homicide, may require strong representation by an experienced traffic attorney.

Vestavia Hills traffic lawyers are available to speak with you today about your traffic violation charge. Be sure to bring the traffic citation, your driver’s license, and any other information you have on the traffic violation to the first appointment, so your potential attorney may help you understand your charges and the possible outcomes of your case. Contact today.