Not all Alabama attorneys have a connection to Auburn Alabama, but the author is an Auburn graduate and was a member of the Auburn University football team in 1999. If you are facing an Auburn DUI arrest, you will need to speak with an experienced Auburn defense attorney about these DUI charges.

Look for an attorney with the most courtroom experience, and trust your criminal defense to a top-rated law office with thousands of DUI cases under its belt. The Auburn AL Municipal Court is a court venue that both of our partners have appeared in on many occasions.

Both Mark and Whitney are DUI book authors on Alabama DUI laws, and proud of their heritage as tenacious fighters for their clients facing criminal charges in Alabama. 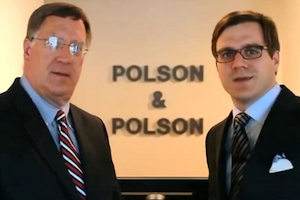 While our firm is best known for criminal law, our reputation for handling complex personal injury cases is also solid. In past year, a high-profile divorce case defended by Mark garnered public attention, but family law is a field that neither law partner wants to handle these days. If your legal issues relate to serious injury, wrongful death or criminal defense, you have come to the right place.

Our attorneys have handled these kinds of charges many times before and will know how to put together the best possible defense for your case. A professional Auburn DUI lawyer will have applicable knowledge of local laws and can address how they may affect your case. Read on to learn more about how a skilled Auburn DUI lawyer may be able to offer you their assistance today. 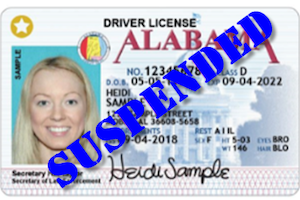 The state will, at the very least, impose a fine for a first offense DUI (driving under the influence) charge if you are convicted for impaired driving. But expect multiple penalties, starting with a fine. Those fines can rapidly escalate in amount for second DUI and DUI third offenses. Other possible penalties may also include:

Because of the severity of these consequences, it is imperative for a driver facing DUI charges to reach out to a DUI attorney Auburn Alabama as soon as possible to gain aggressive legal representation on their behalf.

Every American has certain constitutional rights that must be honored in the courts. These include the right to an attorney and the right to confront the state’s witnesses against them. A DUI case usually begins with a preliminary hearing, followed by a formal arraignment, a pre-trial conference, and, if necessary, a trial. Our determined Auburn DUI attorneys can help guide an accused citizen through these requirements.

Something important to consider includes whether the driver was singled out by the police and if there was probable cause for the arrest. The Fourth Amendment to the Constitution says that all individuals are protected from unreasonable searches and seizures. A DUI lawyer in Auburn with experience in these kinds of cases will know how to aggressively challenge the prosecution’s case.

Your Auburn AL DUI Lawyer on Challenging Evidence Against You

Evaluating the admissibility of the evidence requires looking at all the circumstances of the arrest. A key question in regard to evidence is the kind of evidence the police have against the individual, and whether it was gathered in accordance with rules that will make it admissible in court. The breathalyzers administered by the police can also be challenged. These roadside devices used by the police sometimes have problems with accuracy, which can be caused by mechanical failure or by a police officer’s mistake. Anyone accused of driving under the influence has the right to demand that all tests were carried out perfectly. A professional Auburn DUI lawyer can assist with administering this request in court.

The first decision the defendant has to make is whether to fight the charges outright or try to plea bargain. An Auburn DUI lawyer with extensive experience in DUI cases will be able to evaluate the evidence the police have and give an honest assessment of what the most prudent course of action will be. While receiving criminal charges can feel overwhelming, a skilled attorney can guide you through the process while acting as an aggressive advocate for your defense. Do not hesitate to schedule your initial consultation with a determined Auburn criminal attorney today.

Law enforcement officers and municipal court prosecutors work relentlessly to build a criminal case strong enough to obtain a conviction. Putting an experienced Alabama criminal lawyer in your corner is imperative. Don’t participate in question and answer sessions with any police officer, since these inquiries can GIVE the authorities what they need to indict you!

If you were arrested already, and are just getting out of jail on bond, call us before your case worsens. Knowing when to remain silent is essential to maintaining your freedom. The sooner our lawyers in Alabama can start to prepare a solid defense for you, the better. Every day of your DUI-DWI defense counts.

Call us today without further delay. Get a FREE lawyer consultation. Don’t hesitate to schedule your initial consultation with a determined Auburn DUI lawyer today.

Definition of Driving in DUI Cases DUIs for Out of State Drivers DUI While on Probation DUI Without a License Charges First-Offense DUI Prostitution Third-Offense DUI
Contact Us
Practice Areas
Client Reviews
★★★★★
Whitney Polson is a no-nonsense attorney who delivered exactly what he said he would on my case...thank you so much sir...I would definitely recommend anyone facing a DUI to retain this man. D.B.
★★★★★
If you are looking for an attorney I must recommend Mark Polson of Polson & Polson. My case was successfully moved from a February to a December court date and was dismissed. I am extremely please with the way this firm handled the case and was able to secure the dismissal. Thank you again to Polson & Polson for your professionalism and knowledge that we needed for this situation. Best Regards to all. Julie C.
★★★★★
Wow! I never could have hoped for our lawyer to work as fast as he did but Whitney was lightning fast! Very attentive to the details, never left me hanging along the journey-I used online reviews in choosing him and now I want to pass that on-if you need a lawyer (ours was a traffic court case with complications), I HIGHLY recommend this firm! Claire B.
View More
Submit a Law Firm Client Review