A Mountain Brook AL DUI arrest carries serious consequences that can have a lasting impact on an individual’s life. Whether it is a first offense DUI or a repeat offense, the state of Alabama penalizes those caught driving under the influence of alcohol or controlled substances under administrative and criminal charges. Dealing with a DUI violation can be a trying time for an individual and their family. Fines, possible jail time and license suspension can place an emotional and financial burden on all affected, but a Mountain Brook DUI lawyer will discuss an Alabama DUI defense strategy with you at our law office.

This is why having legal representation to argue the case and navigate the complexities of the system can be crucial to mitigating the penalties of a drunk driving conviction. A Mountain Brook DUI defense lawyer will defend your rights and fight to negotiate the best results possible for your case.

Driving Under the Influence in Alabama

A DUI arrest may result if a driver’s blood alcohol concentration (BAC) is over the legal limits. For an adult who is of legal drinking age (21 years and older) that means 0.08% BAC, unless driving a commercial vehicle in which case it is 0.04% BAC, or a public transport vehicle like a school bus in which case it is 0.02% BAC. For a driver who is not of legal drinking age (under 21 years old), the legal limit is 0.02% BAC.

If a driver refuses to submit a chemical test during a DUI stop, the Alabama Law Enforcement Agency can immediately issue a 90-day license suspension if it is the first time, and if it is a repeat refusal, it could be a full year suspension.

Those who refuse chemical testing are also prohibited from requesting a hearing to plead their case or from having a restricted license in which a person may drive their vehicle with an ignition interlock device installed that requires them to pass a breathalyzer test with 0.02% BAC or less. 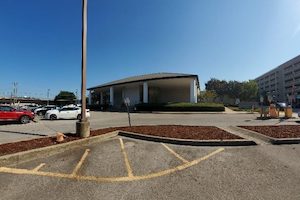 Possible Consequences of a DUI Conviction in Alabama

DUI penalties will depend on the individual case. The most important factors that determine the severity of penalties include:

The Alabama Law Enforcement Agency will enact administrative sentencing that relates to the license suspension, restrictions or revocation and may place points on the person’s driving record, which is permanent. However, the jail time and fines are penalties determined by criminal law.

Often, a first-time DUI will be charged as a misdemeanor in Alabama, which will entail a fine or jail time if the person cannot pay the fine, a suspended license for 90 days or a restricted license with an ignition interlock device installed.

A second and third offense will be penalized with jail time upon arrest (the third time for up to 60 days without probation), much heavier fines, and longer license revocation with a mandatory license restriction for several years after the license is reinstated.

In a DUI case that involves other criminal law violations, mainly if it causes damage to a person or property or if it is a fourth DUI offense within a five-year period, will be tried as a Class C Felony. Felony sentencing may range from one to ten years in prison, license revocation for five years and a fine of $4,100 to $10,100 plus mandatory enrollment in a chemical dependency program.

Being arrested for a DUI can be a scary and confusing time. With the range of serious punishments that could result if convicted of a DUI in Alabama, it is not a time to leave one’s fate up to chance. Hire a Mountain Brook Alabama DUI lawyer to help you plead your case accurately and negotiate the sentencing in your favor, as we fight for your rights and make sure you have the opportunity at a better outcome. Call and book an initial free consultation to learn about our legal services performed, and the quality of legal services from day 1 all the way to a trial, or possibly a dismissal of charges.