Prosecutors in Birmingham and around the state of Alabama aggressively handle and prosecute second-time offense charges for impaired driving. The reason that they do so is that a second-time is normally not eligible for any pretrial diversion as well as it does carry a minimum mandatory jail sentence.

In Alabama, there is a five-year look-back period. If an individual is being prosecuted for a second offense DUI, they have had a prior conviction within the last five years and, certainly, with two DUIs in such a short time proximity, prosecutors take the situation seriously.

In Alabama, a second-offense DUI offense carries a minimum mandatory $1,100 with a maximum $5,100 fine and a minimum mandatory five days in jail up to one year in jail. However, an individual can argue for the five days to be substituted for 30 days of community service. There is a one-year driver’s license revocation as well as an ignition interlock device for a period of two years. An individual also has “court referral,” which, as a Birmingham second offense DUI lawyer can explain, is drunk driving classes and random drug and alcohol testing.

In Alabama, there is a five-year look-back period, which means that for an individual to be charged with a second-time DUI, they must have had a prior conviction within the last five years. The courts count that time, not from the date of arrest but rather the date of conviction.

A Birmingham second offense DUI lawyer can sometimes help negotiate a dismissal of these cases through some type of diversion program. However, the individual and their attorney would have to bring a solid defense before any prosecutor would agree to dismiss or reduce a second-offense DUI offense charge.

An important aspect to consider in looking at second-offense DUI offense charge would be a prior conviction that the state or the government is going to attempt to use to sentence enhance the case up to a second-offense. Even though the person knows they have been arrested previously, the government still must prove it in court from an evidentiary standpoint, and that is something that an experienced DUI defense lawyer can challenge. Defending a second-offense DUI charge is the same process as defending the first-offense case. Birmingham second-offense DUI lawyers take every case extremely seriously by going through a meticulous investigation preparation process. 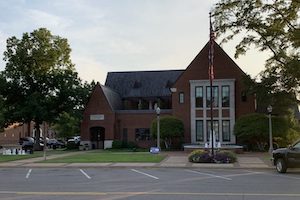